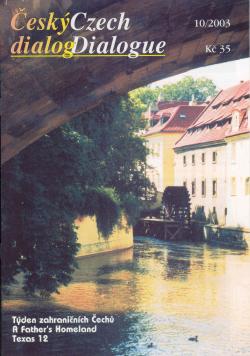 In 1924 a group of Czech Americans who had arrived in the beautiful seaport town in the Bay of Mexico, in the town whose name is translated as the Body of Christ, tried to found an organization for the purpose of building a National House. The first 79 members of the organization that had become affiliated with the statewide SPJST ( Slavic Supporting Union of the State of Texas.) started with donations of ten dollars so they would have their own hall for their meetings and social functions. It was located on the property of Josef Kocourek.

In 1930 the members of SPJST Lodge 79, joined the American Sokol. The Corpus Christi Sokol, a physical as well as culturally educational organization, was founded June 1, 1930.

The first representatives were brothers and sisters Jim Kucera, A. Mikula, Louis Dreesler, Frank Maly, Anna Maly, Alois Sacky, and four members of the Elzner family: Anton, Frank, Emil and Peter. There were others, unfortunately too numerous to name since the list would be too long. However, they will surely be found in the book I'm preparing which will definitely contain a lot more information than this short serial. Let's just hope, I'll find a publisher, willing to publish my work.

The Corpus Christi Sokol in its one hundred and seventy years of existence has always been very active. Besides offering physical as well as other types of education, it has in recent years invited and hosted different groups as well as interesting individuals from the cultural world of the Czech Republic, and thus many new friendships had been formed. Most importantly, these new activities support the renown of Czech heritage, history and culture abroad. Jerry Elzner is one of those special people, who are the most active in this way. He has been nominated to receive the Gratias Agit Award.

He is being supported by an incredible number of letters from the Czech Republic, as well as from the USA.

October -- Czech Month in the State of Texas

Right at the beginning I wish to say that it was thanks to Jerry Elzner that the month of October came to be the Czech month of Texas. October 28 is the date of the founding of the independent state of Czechoslovakia. He worked hard and patiently, writing and mailing letters in all directions to important state representatives, using his own money to cover the expenses.

As I know Jerry and his enduring energy, it won't be long before this custom becomes a reality in other states in the USA.

If there's anybody who would like to join in this endeavor, please let me know.

On the way home, Jerry showed me where the Czech Cultural Center was situated. In the evening, we attended together the Sokol performance. On that occasion, there were also some medals distributed to the younger trainees, who participated in the Sokol Rally in Ennis, TX. Watching all these kids, it was plain to me that in the area of southern Texas, the parents of many of those children were of Mexican origin which was obvious due to their darker skin.

Of course, that did not matter. On the contrary, it served them all to keep up their health in good condition. Furthermore, it was indeed a great surprise for me to be invited to attend the speech, made by Mayor Jerry Simansky. He also handed over a letter to me by which I was welcomed in Texas. Moreover, I got as a gift a Sokol T-shirt. Also, they arranged a supper for all participants. This was allegedly a current custom, whenever anybody came. On such occasions, everybody brought some good meals from their own house. All those items [including some desserts] were then placed on several tables which were set festively by white tableclothes. However, I myself was missing any kind of soup.

What was more, I also got acquainted with Mr. Frank Simansky whose son was the mayor, as I mentioned earlier. Frank was the oldest member of their Sokol organization. Furthermore, I had a chance to meet some other members of that group, such as Don, Jerry´s son and his wife. The latter brought to the potluck a very special dish, which I had not had any occasion to eat since my childhood. That is to say, mashed potatoes with sauerkraut. My mother prepared this meal very often. She used to have for this kind of dish her particular name, "cat´s dance".

On Saturday, prior to the noon time, we went to a Czech house at Corpus Christi. A birthday celebration of two sisters, one of wchich was 86 years old and the other one 84 years old, was taking place there. The same way as in the afore-cited case, all kinds of meals were again brought by individual participants. Actually, the tables were so much loaded that I had the impression that they must sag under such a large number and weight of those diversified courses. Besides,some presents were distributed on that occasion as well. As soon as we finished eating all the goodies, which even included barbecues, we were all singing together "Happy Birthday to You".

On that occasion, Jerry also got me acquainted with a lot of people Moreover, he disclosed at that time that I was a good singer. Consequently, I was selected as a leader of the singing. Nonetheless, it was fun !!! There I was, a woman coming from such a long distant territory, i.e. from the Czech Republic, who became a singing leader to Americans, singing their own songs.

At a second farm

When we drank our coffee and ate a delicious tart, Jerry introduced me to Mrs. Lida Hajkova. She took me at once to her house on the town´s outskirts. She was one of those Czechs who settled in that area of Corpus Christi a very long time ago. In fact, she was living and working at a farm over there throughout all her life. Her son was living not far away from her residence. He was also a farmer. All the remaining children of hers as well as her grandchildren were dispersed somewhere all over the world, which means in various states of the USA.

I was then listening to her story-telling. As she said, it had always been such a drudgery in the days of past.. This was especially so because all work was done without any machines, and there was no air conditioning in their house. Everyone had to toil with their own hands. Their horses were to be put to a plough in order to till the land. Only much later, when their children were already gone, they were able to acquire air conditioning. Thereupon, she pointed to their television set and said: "Well, you probably do not have such a thing in the Czech Republic as yet, right?" When I told her that we did have it, she was a wee bit ashamed and excused herself. After all, she had never been in her parent´s native lands. Therefore, she did not know the least thing about it. Not with standing, she was still able to say a few words in the Czech language, and she could understand some sentences when anybody talked to her. Her hobby was embroidering. Consequently, many such things could be seen in her house too. Suddenly, she said: "Besides, I also love gardening. Let us go there, so that I can show you what I have in my lot," and she led me to the rear side of her house.On that occasion, she pointed by her hand to the distant fields, and explained: "Unfortunately, this year´s corn yield was not such as we would like it to be. The culprits had been long lasting droughts causing considerable soil aridity. This also affected the plant´s growth. In spite of it, we still thought that, after all, our corn yielded quite well. At the worst, we would reap it, carry it home, and thereafter, we would sell it as fodder for the live-stock."

On the whole, Mrs. Lida Hajkova was living very modestly. In fact, she had done so throughout all of her life. Actually, her hands were really roughened by hard work. She was now living on the farm quite alone because her husband had died some years ago, and her children left her, having their residences in various states of the USA, except one son who stayed close to her, and had his own farm not far away from her.

(The continuing into next issue.)