HE PAINTED WITH MONET 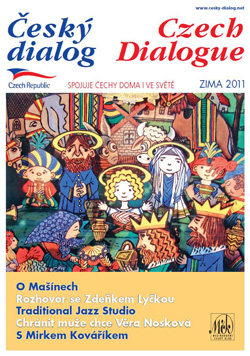 Vaclav RADIMSKY (1867-1846) was a Czech impressionist artist who first studied in Vienna, and later in Munich. Since 1891 he lived in France where he met the French impressionists, especially Cloude Monet. Radimsky had several ateliers. In one of them he painted with Monet. He became very successful in France and received many prizes, especially for his painting „Etudes de Fougeres“. He kept in constant contact with his country of origin and sent more than eighty of his paintings to be exhibited there. He was the first one to introduce his countrymen to impressionism. After WWI he returned to his homeland. His work did not get enough recognition in the Czech lands and he remained practically without followers because times have changed and other artistic movements became more popular. He lived and worked in Pasinka near Kolin, where he also died in 1946. The exhibition of VACLAV RADIMSKY, commemorating the 65th anniversary of his death, is located in the MESTSKA KNIHOVNA and will be open until February 5, 2012. It contains about 200 of his paintings including his „Pohled na Kolin“ ( View of Kolin).