Ray Cerny - target shooter - The oldest member of Sokol in Sydney is almost 100! 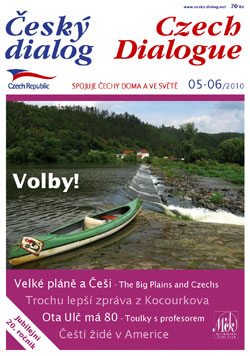 His productivity and memory may be misleading- but he really was born in 1914. He was a teenager when Europe was suffering from an economic crisis. His first job was collecting balls in a German tennis club; he also sang in some night clubs.

When he was 12 years old, he owned a slingshot and an air gun. He enrolled in scouting and tried to learn skills that might be useful in military service, for example the Morse alphabet. Long before World War II. started he was "fighting" the Germans- he helped to sabotage the deliveries of oil from Rumania to Hamburg.

Ray emigrated to Australia in 1949. As a newcomer , he did not have much choice as to employment- he had to take what there was. He started as a worker in a tannery. He remembers that it was hard and dirty work. In time, however, he was able to use his woodworking skills. He acquired a furniture factory and owned and managed it until his retirement.

Ray was always interested in all Australian animals. He also liked various firearms and hunting. He became an honorary ranger as a participant in the Fauna Protection Act. Thus he had the right to enter all national parks and other areas where wild dogs were causing much damage.

His interest in firearms led Ray to find in Sydney some possibilities to improve his shooting skills. In time he even became an instructor in courses teaching safe handling of all firearms. He kept improving his skills and in 1973 became the leader of the Shooters' Association. In this function he sometimes came into conflict with the local law enforcement authorities regarding firearm registration, duties, etc. In spite of many problems he finally was able freely distribute the "Shooters' Journal. In 2000 he received the Australian Sport Medal for his services to benefit the shooting sport.

In spite of his advanced age Ray loves to still take part in hunting or fishing trips into the Snowy Mountains. He is always willing to give advice to other "shooters" or fishermen and usually relates a story or two.

I did not know Ray as a target shooter but I have not forgotten our meetings some 13 years ago in Australia. Ray is one of the kindest, most active and most humble Czech- Australians that I met.

And I met a great number of them! Ray also served for many years as librarian of the local Sokol library. And some time ago I published a short but very interesting article about him. I wrote it using a letter that Ray had sent me about 10(?) years ago. In the letter Ray described a dream of his that he has had a long time ago while still living in Czechoslovakia. He dreamed about a beautiful lake surrounded by all sorts of animals and plants. In Australia he enjoyed hiking and scouting because he loved the outdoors. Very soon he realized all the beauties of nature Australia had to offer. One day he came to the lake of his dreams! He could not believe his eyes! And he was very happy.