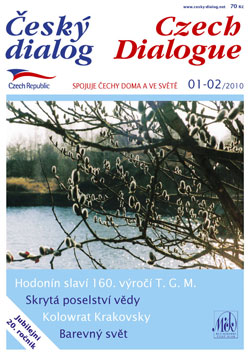 Jiri Haskovec was born in Prague, Czechoslovakia, on December 26, 1922 to Captain Matej Haskovec, a civil servant and sculptor, and Cecilie Haskovcova, an art teacher. He had a lifelong fascination with engineering, and built his own radio as a schoolboy. He obtained a Masters degree in Electrical Engineering at the Technical University in Prague and designed industrial applications at the Czech enterprise CKD. He married Hana Vilimovska, a nurse, and had three children: John, Michael, and Katerina. He worked at the Czech Academy of Sciences, and received his PhD through collaboration with the Soviet Academy of Sciences in Moscow. He published several books on the subject of Industrial Process Control.

Jiri was jailed in 1953 for voicing his political views in communist Czechoslovakia, and defected in 1978 with his second wife Marie Tatjana, and children Daniel and Sally. He landed in Munich, West Germany, where he worked for two years. Continuing on his quest for freedom, he finally settled in San Diego, California. There, he headed a group at General Atomics, which controlled experiments with nuclear fusion. After retirement, he continued to consult to private industry and also enjoyed traveling and keeping up with current political events. He was also an active member of the Czech and Slovak Cultural Association in San Diego.

Jiri died peacefully on January 11, 2010, at his home in Carlsbad, California after a two-year battle with cancer. He is survived by his partner of 25 years, Esthr Singer; his brother, Slavoj Haskovec; his five children, John Harwer, Michael Haskovec, Katerina Haskovcova-Gheude, Daniel Haskovec, and Alexandra Sally Espinoza; eleven grandchildren, and one greatgrandson. In lieu of flowers, donations in his memory may be made to the Nature Conservancy.