Dear readers, editors, distributors, and sponsors of the Czech Dialogue: 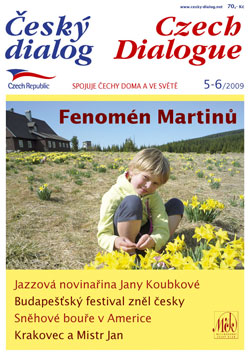 We would like to draw your attention to the standard short (geographical)name of the Czech Republic, i.e., CZECHIA, and ask you to help us promote the use of this name. As an example, let us quote a relevant passage from a book which was published recently in the USA (and is regarded as highly important by Czech and international geographers), namely

(More detailed information can be obtained from CD´s editor-in-chief.)

The authors say the following about the name CZECHIA:

„As for the names of independent countries, we have opted for commonly used anglicized short forms rather than formal country names (Germany instead of Federal Republic of Germanyr or Bundesrepublik Deutschland). The one case that might be less familiar to readers concerns the Czech Republic. Increasingly one hears the short form Czechia. Even though that name is not as widely known as other truncations (e.g., Slovakia for the Slovak Republic), we have decided to use Czechia for consistency and to reflect its growing use in the country itself.“

Now it is for you to decide whether or not to take a rational stand to this country´s informal short name as a necessary counterpart to its formal political name.