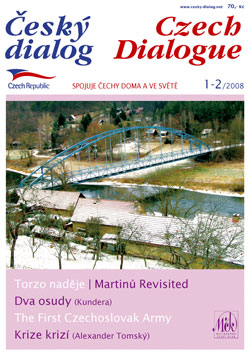 moa recipient of several high honors for heroism by the French government, served as consultant to Bruce Bendinger and John Iltis while they created the film "FIRST CZECHO-SLOVAK ARMY".

Col. Horal was born shortly after WW I. At age 16 he left his homeland to join the Czechoslovak army in the Middle East. In 1943 he moved with his unit to England and entered an independent armored brigade that fought at Dukerque. Here he was seriously wounded. When he recovered he returned to Czechoslovakia and decided to study mechanical engineering. After the communist coup he emigrated to Sweden. After 1989 he returned to his homeland.

He recalls that his young years were spent among former members of foreign legions from whom he learned a lot of history. At age 5 he became a member of the Sokol organization. He believes that the Sokol education and spirit was very influential in his life: It gave him physical fitness, and it taught him to love and respect his homeland, to value honesty and hard work for his country. He thinks that today's younger generation has lost much because it was largely deprived of the Sokol experience.

He feels that it is a shame that the film "FIRST CZECHOSLOVAK ARMY" had to be created by two Americans. He believes that today's youth and society as a whole in the Czech Republic and Slovakia has somehow become too materialistic and has lost its ideals and courage to fight for them. Their life became too easy and thus made them too superficial and egoistic. To forget about ideals leads to decadence. He feels that this film will remind people that there are many other values worth fighting for and that money and wealth is not everything.