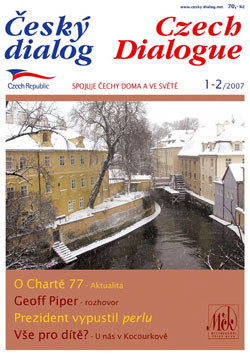 Over the Christmas holidays, mama, my sister and I, as every year, went to my aunt in the countryside. The last stretch of our journey I found expecially wonderful. In a narrow- gauge train we traveled over a landscape which lay in deep snow. Before every railroad crossing without gates to safegurad deserted snow-blown country roads, the small steam engine gave long drawn-out whistles. The black cloud that poured out of the smokestack hung for a long time like a torn flag in the wintry air. With a hissing cloud of white steam, which enveloped the little train for a short while, we came to a halt. The end of our train ride had been reached. It seemed like a station forgotten by the world - with only a small gate keeper´s hut. Down from the eves, long icicles were pointing like fingers to the station sign "Adamsfreiheit" (Adam´s Freedom). This always brought a smile to my face: Nobody was ever able to explain to me the meaning of this funny name.

Aunt Hanni, as she was called in our family, awaited us on the small, ice-covered platform. I looked back one last time. With a last toot of its whistle, the train disappeared into the snow-laden forest. I followed it with my eyes as the back lights melted diminishing red dots. The serenity of the landscape around us was enlivened by happy greetings-embraces and kisses, left and right on cheeks reddened by the cold. A few paces away, the sled was waiting with a strong farmer´s horse hitched to it. My aunt´s neighbour stood by his horse and tried to keep warm by stamping with his feet and slapping his arms. He pushed us to hurry up; he was, as in every winter, not very excited about this trip. His fourlegged steed was worrying him because the way to the station through deep snow had the horse steaming already. The poor animal snorted quite a bit, and like smoke from a steam engine, he let his breath out of his nostrils in small puffs. The farmer grumled that the poor nag would have to be rubbed dry with straw for at least a half and hour back in the stall if he was not to catch his death of cold.

My aunt and mama were packed into heavy blankets, the suitcases were loaded, and then came for my sister and me the big entertainment we had been looking forward to the whole long way from Prague. We stepped on our very simple wooden skis with their sometimes stubborn spring fasteners, and knotted the heavy strings we had brought with us around the metal bar of the back side of the sled. Then we pulled our caps a bit lower over our ears, took the lines in our hands and called out, "Ready!" Our sled driver, sitting on the coach box, had wrapped himself warmly, too. He swung the whip and off we went. In places where the forest opened ant the wind had blown snow flurries high over the forest path, the horesw was wading up to its knees through the snow and we moved slowly. Otherwise we sped with joyful cries on our boards behind the sled. Our sweet auntie looked back now and then to make sure that we hadn´t disappeared in the deep snow or some ditch.

Arriving in front of her house, with its snow-covered roof and wintery front garden it seemed more honey than in summer time. I ran up the steps, first of all through every room to the small attic. Here, where I did not take time in summer to look out of the window, I could now enjoy the picture of the village embedded in snow. Thin, white smoke lines from the chimneys were sharply drawn against the darkening blue sky. A yound crescent moon above the tower of the village curch, gleaming in white light, made this fairy tale picture perfect. Would it ever be possible for me, at the art lessons with the encouraging Professor Kausek, to transform this beautiful picture before me into a painting?

I heard someone calling my name. I stamped down the stairs into the kitchen where the big coal stove was spreading beautiful warmth. The water kettle on the plate started to sing and auntie was brewing tea. Even my cup there had been enriched by a portion of rum - but only this once because if the cold, long ride, auntie said with a wink. The apples started to sizzleand filled the room with a fine smell. The paraffin oil lamp distributed a soft light, so different from the bright electric light I was used to in Prague. Through the open door to the next room I saw my aunt winding up carefully the small handle of her old grampohone. Then melodies could be heard which surely reminded her of her young years living in Prague. The warmth; the cozy, soft light; the music; much talking, all caused a irresistible fatigue to sweep over me.

After good night wishes had been exchanged, I stepped up into the attic room with only one desire - to fall into my bed. Within a few minutes, my weariness left me after I ´d crawled under the high, ice-cold featherbed. For already my feet felt the hot brick covered in a towel my aunt had troughtfully put in my bed. Slowly the warmth spread under the blankets. Crouched like a porcupine, I drew a mental picture of my plans for the next day. On the small slope behind the las houses of the village I would build a small ski jump, form here I could try meter- wide jumps with my small skis. I would chech the hardness of the ice on the little village pond; take sled rides with my friends; compete in throwing snowballs, at chickens, door entrances, and attic-window shutters - which would elicit many shouts from the inhabitants of the village. Marvelous holidays lay beforee me; and with those thoughts I sank satisfied into a dream.

Walter Albert
(The Czech version is in Český kalendář 2007)