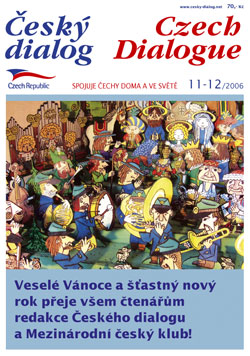 Feast followed after feast, legends were told about the abundance of food and drink. There so many participants signed up for the tournaments, that participation was determined by lot. It seemed that only nights at the side of her husband and a contented life by the side of the successful king were awaiting the young queen. The king's lover Agnes and her children had been shipped off to Moravia in time. One big cloud was spoiling marital happiness - no children were coming. Four long years passed before the arrival of a legitimate descendant. We don't know which month or which day Kunhuta delivered a girl. She was given her mother's name, and as a small child she was betrothed to the neighboring Frederic of Meissen, for whom Premysl hoped to get the imperial crown. The plan did not work out, but the first born daughter is remembered positively in another way. In the difficult years after her father's tragic death she entered the Benedictine convent of St. George on Hradcany, of which she eventually became the abbess. She gave orders for the creation of a beautiful book -a collection of the biographies and legends of martyrs and saints known as "The Passional of Abbess Kunhuta. After hundreds of years the beauty of the pictures and of the initials in the manuscript is as impressive as the information it offers of daily life of the time. It also testifie to the aesthetic taste of Premysl's and Kunhuta's oldest daughter. Four years later another daughter was born She was given the name Agnes, perhaps after her aunt, the abbess of the convent in the Old Town. Or was it in memory of the rejected lover?

The years went by and still there was no male heir. This seems to be the reason why Premysl asked the emperor for the privilege of recognizing the female line of the royal dynasty to succeed on the throne. We don't know how Queen Kunhuta felt while waiting in vain. She must have prayed, and undoubtedly doctors, wise women, people working with herbal medicines were consulted. Did she think of the fate of her two expelled predecessors? Finally, on the 27th of September 1271, the day before St, Wenceslas', ten years after the wedding, the hoped for son, the heir was born. The beautiful tiny baby was given the name Wenceslas after the first Czech saint and after his grandfather. There was much elaborate celebration. Kunhuta thought, that from then on there would be only peaceful days with her children and her husband. There were seven biblical lean years, during which no further heir was born, and then years which were worse than lean. After Premysl`s sudden death during the battle on the Moravian field, she was a widow barely thirty years old. She could look back on seventeen years with one of the most remarkable rulers of the time. There are letters written by Master Bohuslav and dictated by Premysl which testify to their relationship. They are among the earliest love letters in our country. Judge for yourselves: "Our heart was waiting and waiting in joyful anticipation for your return. To welcome you We decided with happy longing in Our heart and soul to hurry to meet you" May this letter run ahead of Us and welcome you in joy and rejoicing of the bliss for which We long We don't know if such a fervent feeling toward her husband lasted until the end of the life they shared. In any case, after his death, difficult and complicated days began. Rudolph of Habsburg took maximal advantage of his victory. He not only claimed that Moravia belonged to his realm. In the same year two marriages took place - seven year old Wenceslas was engaged to Rudolph's daughter Guta who was of the same age, and Kunhuta's second daughter Agnes was engaged to Rudolph's son. It seemed that with the marital agreements things would settle down. This did not happen. The shameless guardian of the little prince Wenceslas had his mother and brother jailed, in order to do as he pleased. Kunhuta escaped in less than a year, not to Hungary, as one might have expected, but to town of Hradec Kralove.

There appeared with her suddenly Zavis of Falkenstein, a figure associated with legends and gossip and accused of having betrayed Premysl. He was a member of the powerful noble family of the Vitkovci, lords of the Rose. The proud man by the side of the widowed queen seemed satisfied with the unimportant post of a burgrave. Sources about the relationship of the charming and even demonic man with the widowed queen mentioned laconically: "With the queen he was on a party." Some go even further and accuse the queen of adultery already before the king's death. It is an undeniable fact that a son was born to them who was given the name Jan (John). Later histories mention him as Jan called Volek as probost as a dignitary of the church on Vysehrad. They may not have been married until the year of Kunhuta's death in 1285.

Kunhuta had a few more happy years. Zavis did not only charm her, but also her son Wenceslas. After leaving prison he invited Kunhuta and Zavis to the court. He was influenced by Zavis's appearance and by his abilities, as well as no doubt by his mother, and named him regent of the kingdom.

As his guardian, Zavis took the place of his father. On the 9th of September queen Kunhuta died - she was only forty-four years old. This remarkable woman was buried in the convent of her husband's aunt Agnes.

Her charming husband who was even suspected of witchcraft lived four more years. He was executed on a meadow below the castle Hluboka. We are reminded of him by "Zavis' songs", set to music by Zdenek Fibich.