A Very Special Man has Passed Away 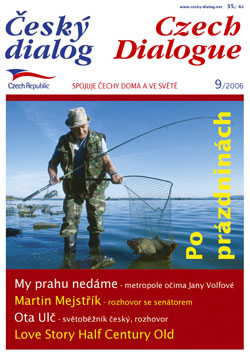 Dr Antonin Sum, one time personal secretary of Jan Masaryk the Czechoslovak Minister of Foreign Affairs died on August 15th at the age of 87 in The House of St Charles Boromejsky in Prague.

Antonin Sum was one of the last eyewitnesses of the communist staged trials which condemned and executed - murdered Dr Milada Horakova as an example to put fear into anyone wishing to oppose the system.

Born on 31st January 1919 he received his Law degree from the Charles University and during the war he was a member of the anti- Nazi resistance. After the war he worked in the office of the government and in 1947 became the private secretary to Jan Masaryk which he remained until Jan Masaryk's death.

A notable figure in the opposition of the communist party he was arrested at the end of 1949 at the same time as Milada Horakova and eventually sentenced to 22 years imprisonment for treason. He remained in prison until 1962 and upon release worked as a chimneysweep until 1968 when he was rehabilitated. Thanks to his extensive knowledge of foreign languages he was able to act as an interpreter but due to his political history he was mostly ignored as was the fate of all released political prisoners. From 1989 he acted from time to time as counsellor to the Ministry of Foreign Affairs.

When after the communist coup in March 1948 Jan Masaryk was found dead on the ground in the courtyard of the Cerninsky Palace directly under one of the windows of his apartment Dr Sum was one of the few who believed that Masaryk had committed suicide rather than collaborate with the communist party. (Other experts are of the opinion that he was murdered by the Soviet Secret Service)

The funeral of Dr Antonin Sum was attended by Cyril Svoboda, the Minister of Foreign Affairs.

I am grateful for having been given the opportunity of writing this article. I met Jan Masaryk during the war when he visited our Czechoslovak School in Great Britain and many years later had the great pleasure of meeting and talking with Dr Sum.