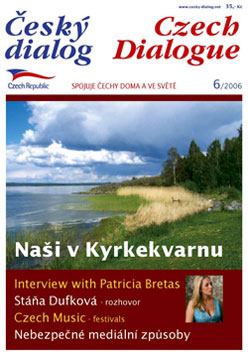 Upper and Lower Lusatia is an area located in the eastern part of today´s German Republic. Upper Lusatia lies north of the Czech Republic and west of Poland. The largest city is Bautzen (Budysin), and the main areas are the Bautzen district and Gorlitz (Zhorelecko). Bautzen is considered one of the most beautiful cities of Middle Europe and is referred to as The City of Towers. Lower Lusatia lies more to the north and its center is the city Cottbus (Chotebuz). Both parts of Lusatia belonged since ancient times to the so-called "buffer states", being temporarily ruled or occupied at various times by different tribes or nations such as the Franks, Poles, Czechs or Germans.

The Czech king Jan of Luxemburg was the first ruler who occupied Lusatia and made it part of his kingdom. During the rule of his son Charles IV. Lusatia became officially part of the union of countries known as the "Lands of the Czech Crown" and remained so until the dissolution of Austria- Hungary in 1918. Unfortunately, Charles IV. placed Lusatia under the reign of German administrators. This circumstance contributed to its progressive germanization. Charles IV. willed Lusatia to his two sons Jan and Vaclav IV.

At the Vienna Congress in 1815 some of the area of Lusatia became part of Prussia. In spite of germanization, the original Slavic language of the people known as Sorbs or Wends was preserved to a certain extent. During the 19th century a Sorbian Seminary was founded in Prague to support students from Lusatia. Good relations between the Czechs and the Sorbs continued during the First Czechoslovak Republic. After World War II, the people of Lusatia attempted to become part of Czechoslovakia, but the Allies did not support their efforts.

According to official statistics, there are about 180000 Sorbs living in Lusatia. The optimists believe that about 80000 of them still speak their native tongue; the pessimists believe that only about 10000 do so. It is true that many old traditions are still observed, such as painting Easter eggs, outdoor Easter fires, St. Vitus rides, etc. It is to be regretted that the neighboring Czech and Poles do not provide more help to a nation that managed to survive for so many centuries.