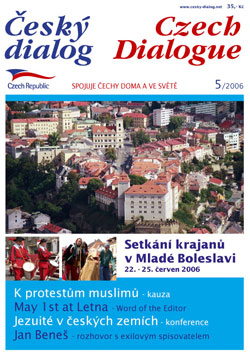 I was born in Krnov, in the province of Silesia, in Czechoslovakia. All the names have since changed, it is now cknown as the region of North Moravia, in the Czech Republic. In my young days it was a melting pot of nations with Germans, Czechs and Poles living not exactly in harmony, but at least in peaceful co-existence. My grandfather came originally from Central Bohemia, a purely Czech region. Why he had settled in Krnov I do not really know. He was the younger son of a farmer and expected to make his own way in the World. I believe he was originally a commercial traveller and started his own business, wholesale textile piece goods.

With the arrival of Hitler next door the peaceful co-existence came to an end, many Germans joined the Nazi party and we considered moving to a completely Czech neighbourhood. this was made imperative by the infamous Munich agreement. this had put paid to any hopes I might have had for a quiet and reasonable future in my own country. As a result of that agreement my parents had lost their house and my father a large part of his business. We were talking about emigration but did not know where or how. Then we received a letter which changed everything. In the 1st world war my father had been a very reluctant junior officer in the Austro-Hungarian army. His commanding officer, feeling himself disadvantaged in the new Czech forces, had emigrated to South America but had remained in touch with us. Now he offered to get visas for all of us to join him in Chile. My parents considered themselves too old to start a new life but accepted the offer for me. We had to get some currency for my use but the authorities were unwilling to give me very much. so my father bought ten one pound notes on the black market and hid them in a glass container intended for aspirins. Ten days before my date of departure the Germans occupied what was left of Czechoslovakia... Surprisingly enough my preparations went ahead and, as planned, I left on the 10th April..

It was a very long train journey through Germany but finally we arrived on the Dutch border. I think any trained Customs official would have found my money but the Germans hardly gave us a look and waved us through into Holland. There we were told to leave the train with all our luggage and report to Dutch immigration... There was a long queue as there were only two Dutch officials to deal with nearly a hundred travellers. When my turn came and I showed them my visa and my ticket to Valparaiso they said I could continue my journey. Unfortunately the train had left and there wasn´t another one that day. So I had to spend the night in the station hotel which made a big hole in my funds. On the bright side we were invited to a snack supper by the local Dutch labour party. On the following day I continued my journey and eventually arrived at Liverpool Street., I had a contact in London - a school friend of mine had got himself a British Council scholarship about a year before and was studying Mechanical Engineering in London. I can´t remember how I managed to phone him because in those days there was no such thing as dialling in Czechoslovakia. He asked me to meet him at Swiss Cottage station where he had arranged a furnished room for me, The journey was another initiative test as I was completely unfamiliar with the underground system...

There was in those days a British organisation to help refugees from Czechoslovakia called the Czech Refugee Trust Fund. I went there the following day and was interviewed by a pleasant lady who, when she found out that I spoke German, Czech and English, said she would try to get me a job in her office. She was as good as her word and in due course I was accepted for the princely sum of 42 shillings and sixpence per week. So for the time being I shelved my plans for South America.

When war broke out in September, I went to the nearest recruiting office who weren´t all that pleased to see me. Foreign nationals were only allowed to join the Pioneer Corps but I was told there might be separate Czech and Polish units in due course. So I put my name down and did not hear until the following January when I had a medical and was passed A.1. I was not called up until August and was told to report to Cholmondeley Park in Cheshire. This was a good move as air raids in London had just started but the Luftwaffe never found Cholmondeley Park. In due course we moved to Leamington Spa and I faced a very dull life of route marches, rifle drill, morning gymnastics, etc. So I was tempted, when a notice appeared in orders for all holders of driving licences to report to the transport officer. I had never held a driving licence but my father had given me a few lessons before my departure. So I was taken for a road test which was a bit of a fiasco. The Transport Officer told me that by rights I should be locked up for false pretences but as I showed promise he was sending me to driving school. I can´t have been all bad because I passed 3rd out of 40 so I became a driver and after a year a Lance Corporal driving instructor.

I had hit the jackpot because the following three years I did not do much work - just instructed my pupils. Every evening and week-end I had free - some Sundays had breakfast brought to me in bed by my grateful pupils. This state of affairs came to an end when the invasion of Europe drew near and our driving school was disbanded and I had to return to my unit. I did a crash course in wireless operating and was put in charge of an armoured scout car which entailed promotion to full Corporal. This was the highest rank I ever achieved. We went for further training to Scotland and then to a transit camp in Gosport. The Czech brigade was made part of the Canadian army reserve so I never experienced D-day but went to France quite smoothly about three weeks later. We saw a bit of action at Falaise then marched on Boulogne which fell in a matter of days. We then carried on towards Dunkirk which was a harder nut to crack and we got stuck there until VE-Day when at last the Germans surrendered.

At last we could go home to Czechoslovakia. But only to the American zone where we came into contact with our Russian allies. They came into our lines nearly every day and asked us for cigarettes, food and petrol. They were not very keen on letting us go into their zone. but geneerously let us go into Prague for the Victory parade. What I saw after that was a great disappointment; even in those early days the Communists were masters of all they surveyed and not at all keen on things Western. The rules were that you could de-mobilise either in the country where you enlisted or your native country. So I was entitled to come to England. where I have lived happily ever since.