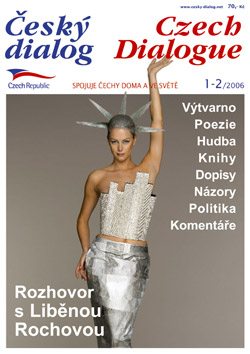 Father Jan Lang is a person who devoted 50 years of service to his Czechoslovak compatriots . Therefore, this article was written to congratulate his Czech parish in London to its 56-th anniversary, and also to thank Father Jan Lang for his many years of service, for which he received- in 1991- the T.G. Masaryk Order of Merit Award from the former Czech President Vaclav Havel. (By Josef Kolinsky, Member, Institute for Czechs Abroad)

In the middle of London- in the area of Notting Hill- there is a Cyril-Method parish called VELEHRAD, founded by Father Jan Lang. This three-story building has a memorial plaque with the name of Jan Palach affixed next to its entrance. It has been open to all for almost 60 years.

Jan Lang arrived in London shortly after the end of WWII to finish his theological studies. Then came the year 1948 and many refugees from Czechoslovakia arrived in London. Therefore, instead of returning to his homeland, he began to organize help for his compatriots here in this city. For many of them London was only a temporary home before emigrating to North America, Australia and South America. For others, London became the final destination. Some of these people were very important former political personalities (six former ministers and several members of the Czechoslovak Congress), in addition to many others - officials, professors, college students, etc. For most of these people London was a very unfamiliar place and they needed a helping hand. According to statements by most London Czechs-"Father Lang became a strong pillar for all of us. He helped everybody who needed anything and people saw him not only as a priest, but as a friend who was always willing to provide help and encouragement."

In addition to this activity, Father Lang was one of the founders of the so-called Naarden Movement (1968) whose purpose was to fight against communism and to reestablish human rights in Czechoslovakia. He was also involved in the European Liaison Group- whose aim was to unite 12 nations in Eastern Europe and in the Soviet Union.

Father Lang , together with Father Jaroslav Popelka ( who later used to visit his compatriots even outside of London) started to hold regular church services and eventually established a Czech parish in 1949. The center "Velehrad" was opened in 1964 on Landbrook Square and soon became the spiritual and social meeting place for the Czech immigrants in London. There are regular Catholic masses still held in its chapel. The services on Mount St. are so popular that some people have to take their seats on the outside steps.

Velehrad is truly a social center. People come here to meet others and to get help and advice when struggling with various problems. Its doors are always open to everyone. The parish has its own Newsletter. The Czechoslovak Society for Arts and Sciences organizes interesting lectures once a month within its walls.

At present, Velehrad is also an inexpensive dormitory used mostly by young people from Bohemia and Slovakia who come here to work or study. It can accommodate up to 20 people and the low rent of about 2 pounds/night helps to make the center financially independent.