Position of the Democratic Club No. 29 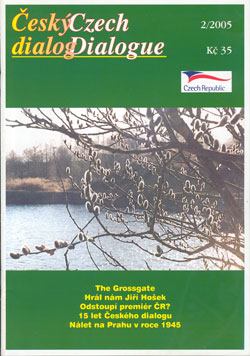 On the role currently played by the KSCM in Czech politics

On the occasion of the 15th anniversary of November 17, 1989, Miroslav Grebenicek, representing the Communist party, gave a speech in the Czech Parliament. In his speech he mentioned, among other things, that from time to time he contemplates on what actually remained from the ideals that led to November 1989. He said, he does not recall that anybody talked at that time about predatory capitalism, about courting Sudeten Germans, about giving away the nation’s wealth to foreign companies, nobility, and the church. He is convinced, he said, that had somebody promised to those who marched in the streets, that he will bankrupt the Czech industry and agriculture, will introduce unemployment, and told citizens that they will have to co-pay for their health care and education, that he would not have been applauded. In his speech though, Grebenicek never mentioned what was the essence of the totalitarian regime before 1989, or what was the role of the KSC whose successor the current KSCM consider itself to be. He did not use this occasion, which was widely followed by all media, to appreciate the democratic character of our current system and all the freedoms that his KSCM takes full advantage of; at the same time he did not admit any responsibility by the Communist Party for the crimes of the past regime and did not express any apology or regrets.

At the beginning of December 2004, on another occasion, Mr. Grebenicek stated that his party should condemn what happened in the 1950s and “in the year 1968”. The question arises whether this could be a reason for democratically disposed citizens to change their attitude towards KSCM. We in the Democratic Club believe that this is not the case. Even if these words were included in an official party document and even if the statement specified that “the year 1968” means the occupation of this country by the armies of five other Communist countries and it also means the period of “normalization”, one cannot consider it sufficient to accept democratic character of KSCM. It would mean that Communists are distancing themselves only from the extremely criminal acts of their regime. The necessary attribute of a party that has become democratic would be condemnation of the whole period during which democracy in CSR was suppressed, and especially the Communist putsch in February 1948 that brought the Communist party to become the autocratic ruler for 42 years. So far the Communist party in its documents still denotes February 1948 as legitimate and democratic transfer of power, while referring to November 1989 as a putsch. The Democratic Club believes that as long as this condition is not satisfied, KSCM cannot be considered a democratic political player. The Democratic character of any political party is not determined by the number of its members and voters but by its program and actual political activities.

The Democratic Club, after evaluating political positions taken by the KSCM as expressed in its publications and in pronouncements of its representatives, and first of all by its Chairman Miroslav Grebenicek, concludes that the Position of the Club No. 16 dated April 21, 1999 that stated that it is not possible to consider KSCM in its current appearance as a democratic political party, is still valid. For this reason it should not be acceptable for democratic organizations to join with KSCM in any coalition at any level.