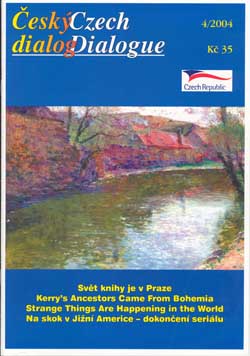 Prague has eclipsed Paris as the most popular destination for weekend breaks among British travellers, according to research published yesterday.

The capital of the Czech Republic beat a host of more conventional destinations in a poll of favourite destinations among independent travellers. Prague has long been known for its gothic spires, fairy-tale turrets – as well as its cheap bars and restaurants. But its recent renaissance is linked to the growth of cheap flights as well as a newly dynamic approach by the tourism authorities.

„People are becoming more adventurous in their travel and they are getting tired of places like Paris," said John Bevan, the marketing director at Onlinetravel.com, the travel website which conducted the study.

The study examined the popularity of destinations on the basis of bookings in January this year via its website, which is one of the largest British online travel suppliers.

While Paris was pushed into second place in the poll, followed closely by Barcelona, New York and Rome, there was a discernible growth in the popularity of Eastern European destinations, with Budapest taking ninth place.

The entry of Poland, Slovakia, the Czech Republic, Estonia and Hungary to the EU in May is also expected to increase their accessibility.

Mr Bevan added: „Places like Prague and Budapest are becoming more aggressive and pro-active in their tourism."

But Maison de la France, the country’s official tourism body, was confident that Paris would remain a top destination for British travellers. „Paris tends to feature in the top three city-break destinations with the main tour operators," said a spokeswoman.