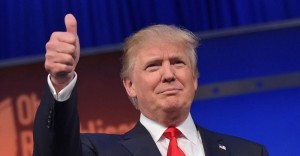 I feel part Irish through my grandchildren. Also, the Celts settled "Bohemia" and coined its name already several centuries B.C. and left their genes in the Slavic population that came later. I would not be surprized if I am also carrying some of those genes How come this horrific Irish slavery (and later the "potato famine" in the 19th century), is not publicized as much as the black slavery - which was actually made possible by the fellow blacks in Africa, aiding the English to round up these poor souls from inland!? Similarly, the well-known Jewish holocaust of some 6 million Jews (and others as well) by the Germans during WW 2 is comparable, at least in numbers, to the Ukrainian holocaust of the 1930's - which is much less known. In this "Bread Basket of Europe", Stalin systematically murdered some 7 - 10 million Ukrainians through hunger - that is basically the population of my native Czech Republic! My parents-in-law eye-witnessed these atrocities, as well as the massacre of some 100 000 Jews (and non-Jews) by the Germans in Kiev's Babi Yar! In the 1917 bolshevik revolution, my husband's paternal grandfather was shot dead in front of his family because he was a Czar's officer, while my mother-in-law witnessed, also in 1917, at the age of 7, her uncle being murdered by the reds in front of her... The murderous blood brothers, such as Stalin, Hitler, Mao of China, Pol Pot of Cambodia, Kim Jong-un of North Korea, Castro of Cuba, and many other communist or fascist "leaders", including some of the terrorist Muslim leaders, etc., seem to get away with a lot and for an extended period of time, usually escaping punishment! Indifference to other people's suffering, blind political correctness and the denial (or proper knowledge) of history, lead to the creation of criminal and marxist gangs, such as BLM and Antifa, which now terrorize our country! Something to think about when you decide to vote in November!

Don't get me wrong - I can't stand the obnoxious, cocky and narcissistic Trump as a person, yet he still might be the better "evil", as opposed to Bernie Sanders and Kamala Harris who are using the senile puppet of Joe Biden to install a marxist rule in the US! They are even more SCARY than Trump!

Greetings from NYC, where I am still suffering from my Monday chemotherapy side effects - which is probably causing my gloomy mood...

P.S. Sorry if I am not responding to your e-mails or other messages on time but sometimes I really don't feel too great...