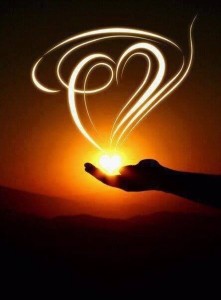 Beautiful Indian summer has advanced to colorful autumn. Until recently we enjoyed sunny and warm times here in Prague.

I am personally very glad that I could show our nice visitors from Vancouver round Prague and thus repay them for taking care for me and guiding me in that charming Canadian city and its surroundings earlier in the summer.

Many of you from abroad return to Prague many times, every year, some even more often. For Mr.Sova it has been the second time after his leaving the country at the age of 15. We met last year on his very first visit to the Czech Republic after 50 years. It may have been rather shocking then but this year he already felt like home here.

And do you know what enabled him to keep his perfect Czech and to have excellent awareness of our cultural and political scene? The fact that he has listened daily to the Czech Radio (Český rozhlas) on the Internet for the past 15 years.

But this has also been our aim for 25 years, so moreover we recommend: Read the Czech Dialogue and also the Czech Calendar (Český kalendář) which is just being completed and which you like so much. You can already book it now. And before it is published in print, you can read:

Venda Šebrlová has prepared another summary of current events and comments on them. Life here is really eventful.

Eva Střížovská reflects in her Word for October what and whom the Prague Castle has witnessed up to now. Reading it makes one think.

In the summer Sir Nicholas Winton who had been nominated for the Nobel Prize several times died. Though he is not going to get it any more, he will not be forgotten here in the Czech Lands. In Wenceslas Square every Czech as well as every foreign visitor can see and find out why…

We all like travelling. However, not all of us have been to Australia. The lucky ones have written about it.

Czech schools without frontiers have started a new school year. We are delighted to have heard from another one – The Czech School from Madrid - recently.

Those who were not present at the discussion can at least read here whom and why we recorded. A personal confession of Martina Fialkova three months after her return (written for the magazine of the Canadian Trade Chamber)