It happemed in October - and it is noteworthy 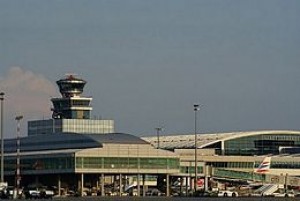 For the whole month we were watching the people who want to become presidential candidates. There are 11 of them. Jan Fischer and Milos Zeman seem to have the best chance so far. Karel Schwarzenberg plans to offer free beer before Christmas and find out at the same time what people are thinking. The elections will take place on January 11 and 12.

There were also many discussions about the attack on President Vaclav Klaus. A Pavel Vondrous “shot” him in Chrastava with a plastic pistol with plastic bullets.  The bodyguards of the president were absolutely useless and did not react at all. Vaclav Klaus blamed the belligerent media for the attack. He warned everyone not to try to frighten him - otherwise he would stay in politics!

The airport in Ruzyne was re-named  Vaclav Havel Airport. The celebration was attended by some friends of the late Vaclav Havel. President Klaus  was not present.

People in the CR are still dying because of methyl alcohol  poisoning – in spite of the fact that alcohol bottles  are carefully inspected and confiscated in stores and storages to find the poisoned ones. Too many bottles are in households and people generally  drink their contents hoping that “their” bottles are o.k.” So far  30 people died of alcohol poisoning and more than 40  people were accused of  tampering with the product.

The Necas coalition government managed  to survive  so far in spite of the losses in the regional elections which were not favorable to the political right (except for the regions around Pilsen,) The CSSD was successful, the KDU-CSL showed some gain. The communists were jubilant, and the political right got a beating.

We were sorry to hear of the death of Jakub Halik, a fireman who waited in vain to receive a heart transplant.

The film director Bretislav Pojar died. He made many movies for children.

Singer Marta Kubisova turned 70. The French government gave her an Honorary Legion prize for her fight for justice and truth.

Translated and Abbreviated by M. Dolanska