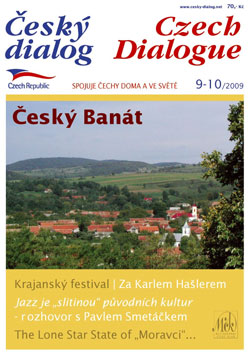 When looking at these three “nines” you may perhaps recall- or maybe notsome of your history lessons and this easily memorized date. But since history does not include words like “might” or “if”, I am compelled - Dear Reader - to remind you of a historical fact that occurred on this date.

If the events leading up to 9.9.9 had not taken place, then that part of Europe located east of the Rhine and the Danube would look quite different today. You see, at the beginning of the first century A.D., the Roman Empire was ruled by King Augustus- one of the first Roman Emperors and probably one of the best crowned heads in our whole history. This is demonstrated by the building of the remarkable Pantheon in Rome- the cathedral of all gods- many times imitated, at least in its form, and also the Altar of Peace, standing at the shores of the Tiber and renovated in 1937-39- paradoxically at the same time that World War II started. Augustus ruled Rome for 41 years and his rule was rightfully known as the “Golden Age of Poetry”. He solved problems in international politics by diplomacy and did not personally take part in warfare, choosing to hand-pick the leaders of his Roman legions.

However, on that fateful date 2000 years ago, Augustus’ appointment of the military leader later assigned to Germania turned out to be very tragic indeed. The province of Germania had been established that year, and Augustus planned to extend the borders of his empire east of the Rhine and the Danube, at least up to the river Elbe, and to stabilize this area in a similar manner to that of his adoptive father, G.J. Caesar. Unfortunately for Augustus, he was not lucky this time in selecting a leader. He picked 55- year old Publius Quinctilius Varus, who was chosen because his wife was a niece of the Emperor, not because Varus had any great leadership abilities. Even though Varus had taken part in many military operations, heroism was shown mostly by his soldiers- Varus himself was very vain, lazy and greedy. In addition, he was convinced that the Emperor would not send him to a dangerous place since he was a relative. He demonstrated his poor judgment by befriending and trusting a man named Arminius, who was the son of a leader of the Cherusks, a Germanic tribe. Arminius’s father had sent his son to Rome, as was the custom, not only to get an education, but also to get experience serving in a Roman army which would be very useful in any military conflict between Germanic tribes and Roman legions. Arminius was very ambitious. He was then about thirty years old, good looking, and according to a historian of that era, “courageous in combat, possessing a sharp mind, with an intelligence much exceeding the average barbarian”. He pretended to admire everything Roman and thus succeeded in ingratiating himself into Varus’ favor, so that Varus was bamboozled into believing that Arminius was totally devoted to him. Therefore Varus liked him very much, never suspecting that, deep in his heart Arminius, was planning to totally liquidate the army in which he was serving. He was just waiting for a suitable opportunity, and that occurred that fateful autumn of the year 9 A.D.

At that time Varus decided – as was customary- to move his legions more westward into their winter encampments. Thus about 15 thousand soldiers started the march, accompanied by their wives, children and a multitude of auxiliary crews. Estimates about the total number of people differ, but it is certain that many thousands of people were involved. The exact location of the battle was somewhere between the rivers Emms, Lippe and Veser. On old maps, this area was referred to as the Teutonburg Forest. Certain names of local spots such as the “Road of Bones” or the “Kettle of Death” are still reminiscent of the horrible and fatal battle of 9.9.9.

Arminius familiarized himself with the exact route of the planned move and then divulged all the details to the Cherusks and to other tribe leaders. The route the legions chose was difficult- it was swampy, full of roots, fallen trees, and surrounded by steep cliffs. About halfway through the forest, the legions were attacked by wild barbarians screaming and throwing arrows and boulders on the heads of surprised men, women and children. The result was an unimaginable confusion and mess full of the horrific screams of the wounded and dying among damaged vehicles and bodies of horses. The legionnaires, who were used to warfare in an open field, were virtually helpless.

The massacre started in the evening, and lasted 3 days and 3 nights. Very few people survived. Varus and his officers committed suicide, as they did not wish to be nailed alive to some holy trees – as was customary among the Germans.

Aminius sent Varus’ head to the Bohemian king Marobud, and he in turn sent it to Rome, for “security reasons”. It is interesting to note that Marobud most likely resided in the area of today’s Bohemia. In fact, one of the most probable locations is an old castle site discovered at Zavist near Zbraslav.

When the Emperor Augustus learned about this utterly devastating slaughter, he supposedly rent his clothes and every September 9 thereafter, until his dying day, wandered the castle, wailing: “Varus, Varus, return my legions!”.

And now- what would have happened if there never had been such a battle, or if the legions had been victorious? The Roman Empire would probably have reached as far as the Elbe. All the countries within this region would have had the advantage of a series of highways and waterways. They would have been governed by Roman Law, and there would have been some remnants of art, architecture and literature- the same as it was West of the Rhine and the Danube.

The end of Arminius was not very spectacular- as is often the case. In 21 A.D., a year after he proclaimed himself king, he was murdered by his own people. He was 38 years old.

In time, his treachery and hypocrisy was forgotten and Romanticism at the beginning of the 19th century bestowed Arminius with many virtues, especially with open mindedness and purity of character, eliminating his dishonorable acts. His persona was connected to various Teutonic myths which appeared not only in Wagner’s music, but even with Charles the Great, Friedrich Barbarossa, members of the Habsburg Dynasty, Bavarian Wittelsbachs, and finally with the Prussian Hohenzollerns. Leopold Rank concluded that, the victory of Arminius was, in part based on his heredity, and this served as “proof” of Arian superiority of strong blond-haired men with blue eyes and light skin- the victors over the unruly barbarians of the ancient Roman Empire. Pureblooded members of the Arian race of the 20th century left behind- similarly as their German ancestors had - “bleached bones thrown around where men had fled, stacked where women and children had died, among bits of spears, horse legs and human heads nailed to trees...” - as the famous historian Tacitus had described the ancient battle.

Even more horrible than the findings of the archeologists at the site of the old battle were the discoveries of the Allies’ soldiers in the many Nazi concentration camps all over Europe. And therefore one should remember this easily memorized date 9.9.9., because as the famous Cicero wrote: “Historia magistra vitae” - or “History is a teacher of life.” However, I am afraid that we are still its very poor students.