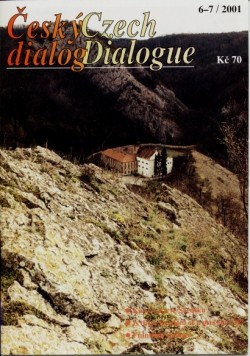 People born between 22nd June and 22nd July tend to be sensitive, perceptive, romantic, and home-loving. They have a strong intuition and feel strongly for those close to them. Sometimes they are sarcastic and moody to the point of pessimism.
I have been an admirer of Jan Neruda since my youth, as was also my mother. His portrait hung, and still hangs, on the wall of our drawing room. One of the first books I received at Christmas was called "I would like to further enlighten mankind" and was a selection from his works. After coming to Prague, I used to walk to the statue of the poet which stood in Újezd, where Jan Neruda was born on 9 July 1834. The statue has long since disappeared from its original place and I don't know what became of it.
His father was a retired soldier and his mother Barbora a simple country girl. His parents, especially his father, were not the youngest and they were very poor. The verses that he dedicated to his mother are among the most beautiful in Czech poetry. His relationship to his father was strange. After his father's death, he wrote: "We loved one another as only a father and a son can, but still lived in a state of permanent enmity." He spent most of his life in Prague's Lesser Town, where there is now a plaque to him on the House at the Two Suns in the former Ostruhova street, now Nerudova street. This was the environment from which he took the distinctive characters in his Lesser Town Tales. After completing grammar school, on the wish of his adored mother he went to the Strahov church school, but soon left to study first law and then philosophy. However, he was increasingly attracted to journalism and his own writing. At the age of 23, he published his first collection of verse "Graveyard Foliage". Critics strongly condemned it for its gloomy romantic tone. Karel Čapek inclined to the opinion that Neruda was a greater prose writer than poet. I admire Neruda's essays, which thanks to his powers of observation and his independence of thought have a timeless quality. His verse in contrast to that of his contemporaries is full of a deep manly feeling for his homeland, his mother, his former loves, and the universe.
He was a handsome man, tall and slim, an excellent dancer, and ironic and witty in discussion. As a young student, he met the pretty Anna Holinova, who later literary historians sneeringly termed the "eternal bride" since her acquaintance with Neruda lasted more than 10 years. The letters that the young "wild man" Neruda wrote to her show how much responsibility that popular companion had: "What can be done with this pitiable journalistic existence? It does not give me even one week of certainty, let alone a whole life! And should I throw you into this to perhaps spend your whole life in poverty?" His first love never married. In spite of her undeniable charm, she has remained in the shadow of Neruda's far better known (partly because of the film made about it) relationship with author Karolina Světlá. I must add that as a young girl forlornly in love the words of Neruda to Anne were a consolation to me: "The two of us would not cry even if we were to say goodbye for ever. You from embarrassment and pride, and I from pride and anger. Otherwise, a woman has her tears, a man his anger, sometimes only his pride. Saying goodbye is a very strange thing altogether. Parting lovers assert that one cannot live without the other, and yet in spite of that, even if they remember one another for a long time, other people later become dear to them." What a tender hope for the poor suffering heart of those in love.
Often when crossing Charles Square, in my mind's eye I see the elderly poet walking from his last flat in Vladislavova street, supported by his domestic help. In the House at the Stone Table lives his most passionate love, Karolina Světlá, almost blind. Sometimes their paths cross, but her with her face concealed behind a veil and led by a maid, they miss one another. The poet silently raises his hat, because they have promised that they will never speak to one another. She sees only the outline of the figure of the beloved man. In August 1891 the poet dies. Karolina Světlá outlived him by several years.