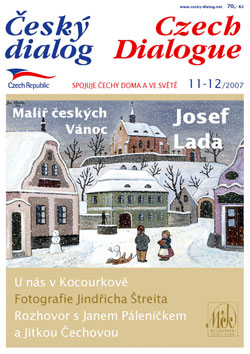 These prizes are awarded by the International Coordination Board of Czechs Abroad in cooperation with the Czech Senate Committee to reward outstanding work of Czech Women.

This year the prizes were given to:

Countess Margareta Waldsteinova- Wartenbergova (80) residing in Austria for her help during an after the floods in Moravia.

The granddaughter of Jan Antonin Bata Dolores Bata Arambasic of Brazil for her contribution to improving Czech-Brazilian relations. Her family is also trying to clear the name of her grandfather Jan Antonin Bata.

Zora Semberova (94), an outstanding choreographer and dancer who emigrated to Australia in the 1960’s.

One prize was awarded this year in memoriam.

It went to Vlasta Kalalova di Lotti, who founded in the 1930’s the “Czechoslovak Hospital” in Baghdad, Iraq.