Appel to the World Media 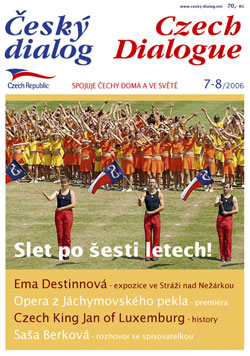 Dear journalists and TV stations, My name is Jiri Jehlicka. I am a coordinator of the demonstration in Prague Wenceslas Square of June 6, 2006, and another one planned on Tuesday, June 13, 2006, at the same place, from 5 p.m. This mass meeting doesn´t have any organizer, and people of the Czech republic call it themselves to show a strong disagreement with PM Jiri Paroubek.

PM Jiri Paroubek is trying to bring communism and its ideology back into the Czech republic of today.

Czech media are very careful to objectively inform people about the situation because it is not certain yet which political party will govern after the latest election. To a certain level there is still a silent fear of consequent reprisals which present themselves daily in one way or the other. As a coordinator of the whole event I rutinely face a censorship of our statements where we are forced to alter our ideas and opinions.

Personally, I don´t consider the Czech republic to be democratic when as its citizen I have to modify statements against CSSD (Czech Social-democratic Party headed by PM Paroubek) to have them released by the press so the public can get at least some information.

There were more than 5,000 people present at the mass meeting on June 6, and some leftist media (e.g. daily newspaper PRAVO) tried to downgrade the whole matter by informing that only 800 people gathered there, later they changed their calculations to 3,000.

There was a great response from the Czech public, and the coming up demonstration on June 13, 2006 is expected to bring around 20,000 people to the Wenceslas Square in Prague.

I believe that Western world won´t be unconcerned about the fate of the Czech republic and that you will come, witness and report to the democratic Europe and the whole world how people of the Czech republic struggle to keep the communists off the decision making processes in the country, and how evil this ideology can be for everyone.

Thank you for your direct support and presence to secure the objective information for people in the Czech republic and abroad.