A PALLET OF THE HEART 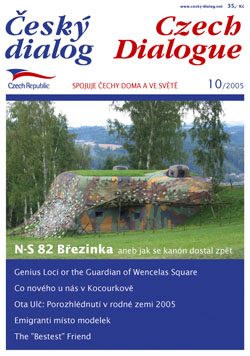 The exhibit of paintings created by Joseph Bohuslav Foerster consists mostly of those which were part of this music composer’s estate. The collection is usually housed in the National Museum - Czech Music Museum and the exhibit is sponsored by the Ministry of Culture.

This exhibit presents for the first time works from many private collections, thus making it possible for the visitor to get acquainted with the lesser known side of the composer’s personality- his love and talent in the visual arts. Foerster (who lived for almost 100 years) created hundreds of aquarelles, drawings, and small and large oil paintings representing mostly recollections from his vacation travels. The main motifs were the countryside and country architecture. Even though he had no professional training, he acquired great knowledge in the field through serious study of professional literature and through his friendship with many contemporary artists. Several pictures and smaller plastics depict the interior of his house in Strasnice. There are also portraits of J. B. Foerster created by his famous artistic friends, e. g. by J. Multrus, O. Blazicek and J. Krizek. A smaller collection is devoted to the composer’s younger brother Viktor, also an artist who became known as the founder of modern mosaic art techniques in the Czech Republic. Also shown are many photographs of J. B. Foerster in the company of his friends and family.

The exhibit is in the Czech Music Museum until November 28, 2005