Position of the Democratic Club 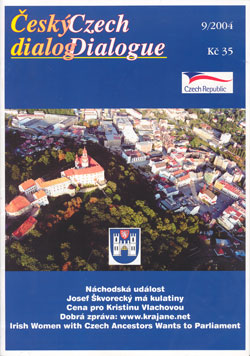 On the enactment of the law on general referenda.

A national discussion has been going for some time as to whether to enact general referenda, which is allowed by the constitution of the Czech Republic (section 2, par.2). Although several proposals have been offered, none has been accepted. In connection with demands for calling a referendum on the proposed European Constitution, the discussion has been renewed. We are of the opinion that, in our current democracy, its representative character should prevail and thus a bill to enact general referenda should not be approved. We believe that only uncomplicated and understandable problems that could be expressed in a simple way to all citizens, should be included in the sphere of direct democracy to which general referenda belongs. This is justified by the formulation of questions posed in a referendum, which must be relatively simple and usually could be answered by "yes" or "no". Decision-making by general referenda is more applicable for problems of local importance; these are allowed by a law on localities (No. 128/2000). On the other hand, complicated problems of national importance are better and more responsibly handled by the way of representative democracy, which is capable of dealing with them in a professional way. Should the need for a general nationwide referendum arise for some special reason, a special bill could handle it.

Should an opinion prevail that it is necessary to accept a constitutional law, strict conditions should be set for the declaration of a referendum stating not only its content but also the number of those proposing it; should it be a parliament, a qualified majority should be required. It would also be necessary to consider whether the results of a referendum should be binding or have just advisory character. In the latter case one should consider whether the cost of holding such a referendum is justified.